Skip to content
Home/Custom Cables/What is an SMA RF Connector?
Previous Next

What is an SMA RF Connector?

What is an SMA RF Connector?

The SMA (Subminiature version A) connector is a sub-miniature RF and microwave connector that has a screw fixing to produce stable connectivity. It is largely utilized, particularly for radiofrequency connections in electronic systems for frequencies up to 18 gigahertz and even more.

The SMA connector comes in several forms: straight, right-angled, bulkhead fitting, male, female, and many more, allowing it to satisfy most demands. Its reduced size also allows it to be utilized, even in relatively small items of electronic equipment.

Even though now well established, the SMA connector is expected to see its use continued as many new RF systems see their operating frequencies extending well into the microwave region.

SMA connectors look somewhat alike to the conventional household connectors utilized for domestic satellite TV and similar applications. These domestic connectors are named F type coax connectors. They have a different caliber and cannot mate with SMA connectors – they would require a specific adaptor, and then there would be an impedance mismatch. 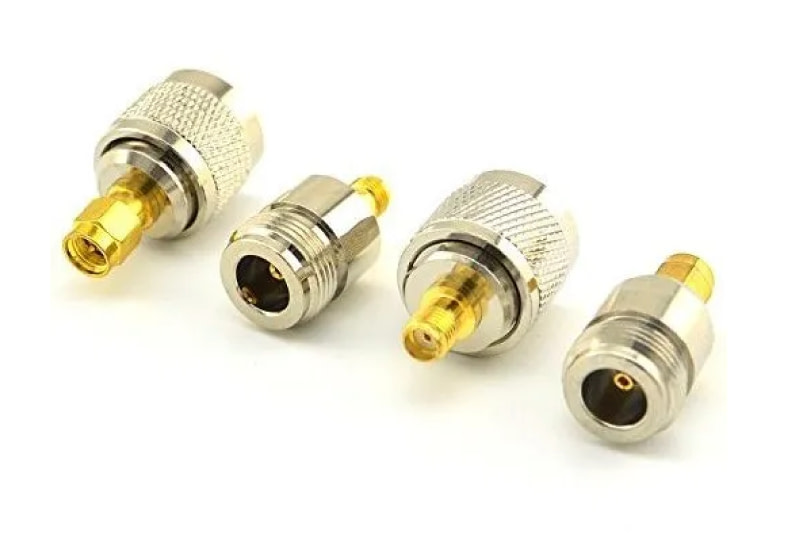 The SMA connector stands for Sub-Miniature A connector. It finds many applications for offering connectivity for RF assemblies in equipment where coaxial connections are needed; they are also frequently employed for providing RF connectivity between boards, and many microwave components such as filters, attenuators, mixers, and oscillators, work with SMA connectors.

The SMA coaxial RF connector was initially designed in the 1960s, and the first SMA connectors were created for 141 semi-rigid coax. The original SMA connector could be termed a minimal connector because the center of the coax formed the center pin for the connection, removing the necessity for a transition between the coax center conductor and a special connector center pin.

SMA connectors are created to have a constant have a 50-ohm impedance over the connector. The SMA connectors were initially designed and designated for operation up to 18 GHz, although some versions have top frequencies of 12.4 GHz, some less, and some are designated up to 24 or 26.5 GHz. The higher frequency top limits may need to operate with a higher return loss. The actual specification for a given connector depends very much on the manufacturer and type – many different types of quality/performance are available. It is always best to carefully check the connector specification.

The power rating for these connectors can be important in some instances. The principal parameter that defines average power handling capacities for mated coax connectors is its capacity to pass high current and keep heat-rise to a moderate temperature.

The SMA connector comes in a variety of forms. The plugs are available in straight and right-angled formats, and the sockets are available as cable entry or single pin center solder contacts. Usually, the cable entry types have a single nut fixing to enable them to be attached to a panel. They may also be free connectors. The center pin types either have a two or four screw fixing capability to enable them to connect to a panel.